The Traveling Merchant & The Black Market 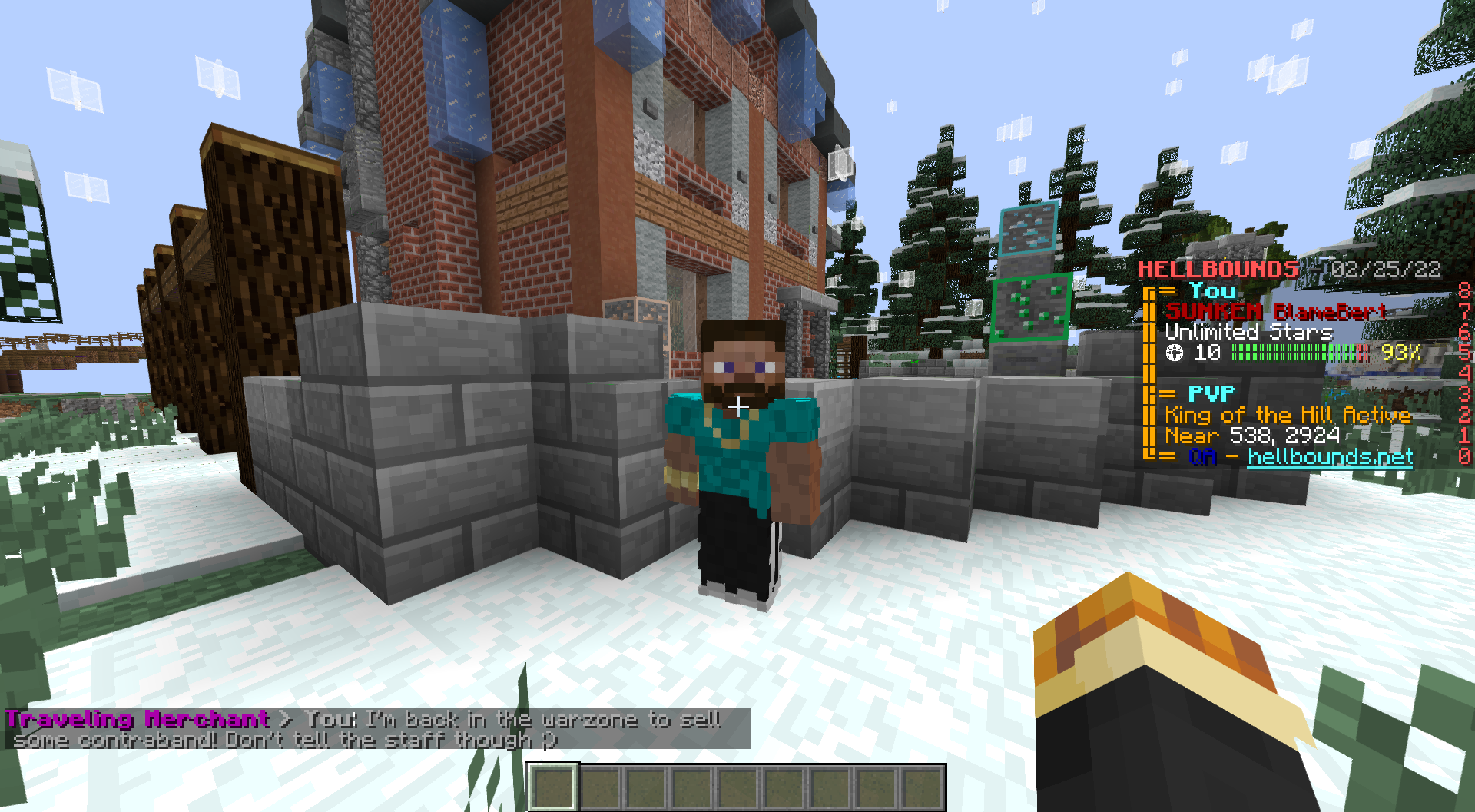 The Traveling Merchant is a new NPC that can be found in the warzone! He will spawn in a random location EVERY WEDNESDAY (Eastern Time), and he will wander around the area. He will despawn at the end of the day and will only come back the next Wednesday.

What's so special about him? Well, he provides direct access to the BLACK MARKET - a new shop on Hellbounds that can sell OP loot that was previously unobtainable from a shop, existing shop items at a discount, and new black market-exclusive items (more on that later). 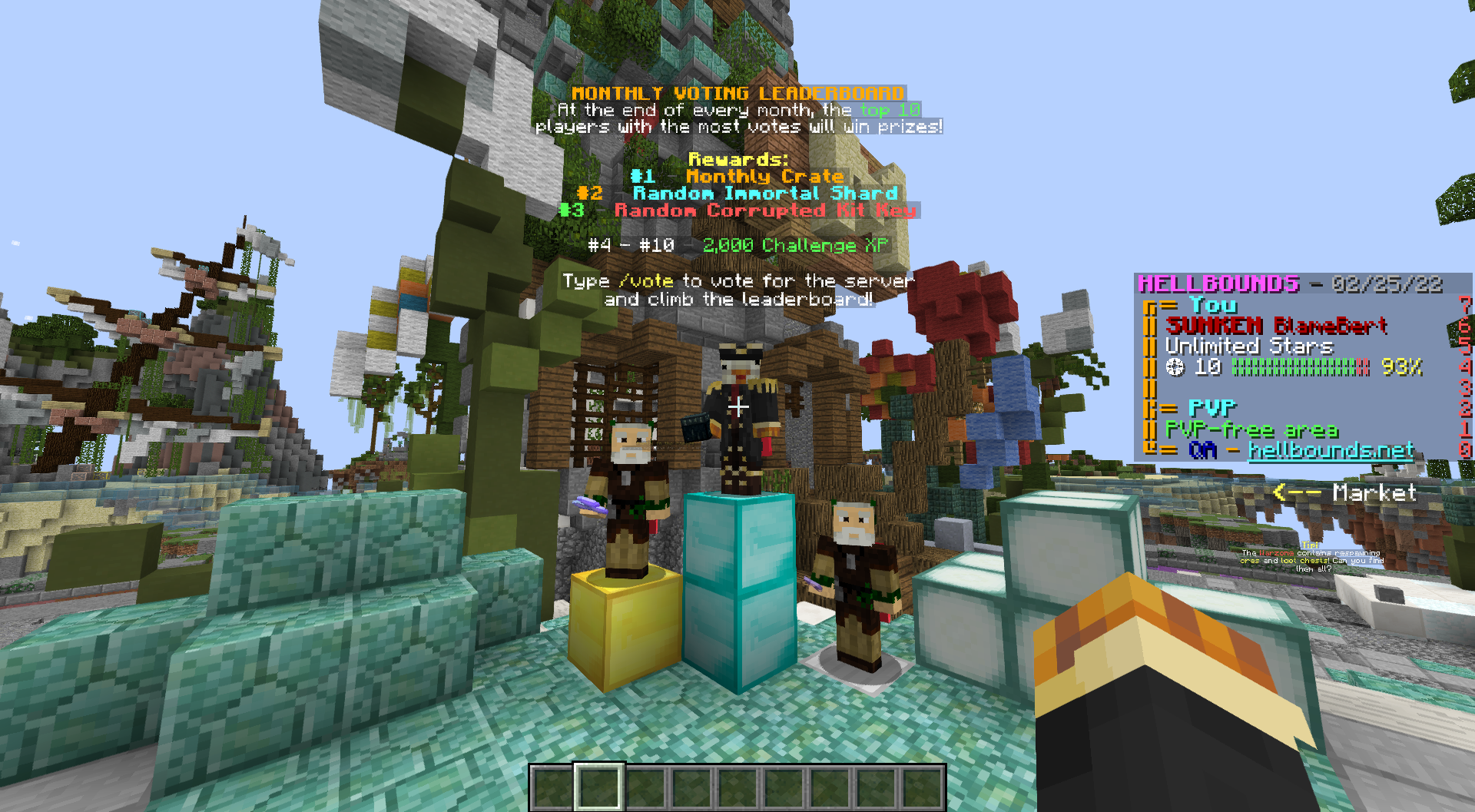 We've added another way to get rewarded from voting for our server on our official server listings (along with what's already accessible from /vote shop)! At the end of every month, the top 10 players with the most voting points for that month will be rewarded:
These items will be sent to your island's dropzone at the end of the month, when the leaderboard resets. Don't worry, you can still use the points you earned that month in the vote shop! Type /vote list in-game to view our server listings, vote for the server on each listing, and climb the voting leaderboard!

Return of the Space Set ​
The Space Set is the first Black Market-exclusive armor set! Some of you may remember it from previous iterations of the project. You'll have to be pretty lucky to get your hands on the full set! ​
This is our first PVE-oriented Immortal Kit, which is geared directly for fishing! Along with the new Angler Set Effect, it contains fishing bait, openables, and a Flail - a fisherman's weapon of choice!

You must log in or register to reply here.