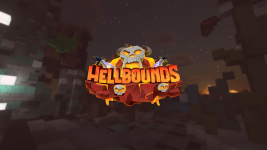 Hey there, welcome one and all to our first (and hopefully not our last) update log for the network. It's been a long road to TFI thus far, hasn't it? and while I can't give a release date yet (and I really wish I could), I can safely say that it is coming soon with all of the content for TFI's launch already set-up, bug tested, and ready to go! This update log is mainly meant to bring over a few bug fixes from TFI, fix a few issues that have made their way on to Magic since the previous update(s), and it's also meant to provide us with a framework to make TFI's launch easier on our network.

So, because you've been reading me talk for the past few minutes, and I suppose you'd have a busy day of grinding IGs to do, let's get on to the changes list, shall we?
​

The server now supports 1.18 clients.
Various security exploits/vulnerabilities were patched.
The arena guardian rune exploit was fixed.
The kill challenge emerald/chaos emerald overriding bug/exploit was fixed.
The ability to receive brewing stands/potions from rupture potions was fixed.
Frost walker particles/strength particles have been toned back down.
The backend for the server has been completely redone, allowing for significantly better server performance.
Mob AI now behaves naturally, significantly more like it does in vanilla minecraft vs beforehand.
Bows are fixed now, as are projectiles in general, shoot shots to your hearts content, and may your aim be as free as your hearts are pure!
Hit detection has been significantly improved.
Ranks have been renamed/altered to fit the new naming scheme.
It's snowing in the hub now.
Servers will now reconnect you back to the hub when they go offline.
You can no longer get caught in an infinite teleportation loop when teleporting with an ender pearl (such as with cobblestone walls)
The logic behind people getting stuck has been significantly improved, (hopefully) preventing people from getting stuck as much in the future.
The bug resulting in people getting randomly kicked off of the network via going to servers, or to their islands, has been fixed.
Prefixes have been updated to reflect various rank changes.
Tab list now orders based off of rank.
Fixed an issue that would result in the scoreboard flickering, or removing entire sections.
Certain messages have received overhauls.
Restarts will now count down appropriately.
Other misc. changes.​
Last edited: Dec 14, 2021

Finally we can use bows lmao

Staff member
Senior Moderator
I can't wait ;D
You must log in or register to reply here.